Developers are seeking approvals to build a four-block mixed-use project in the old heart of the city of Allen.

The 12-plus-acre project is planned on the east side of U.S. Highway 75 at Main Street.

Called Allen City Center, the project would include an office building and four apartment blocks with 850 urban-style residential units.

The five-story office building would face U.S. 75. The tallest buildings would be five floors.

“We bought about 40 different tracts,” developer Jim Leslie said. “We are trying to do something like Addison Circle,” the high-density residential and retail project in the heart of Addison.

The development includes a small park and space for future retail use. JHP is the architect.

Leslie, who also worked on the Frisco Square development in Frisco’s historic district, said the project would be built in several phases.

Most of the apartment development in Allen has been on the west side of U.S. 75.

The property being considered for the project is mostly vacant or occupied by older homes. 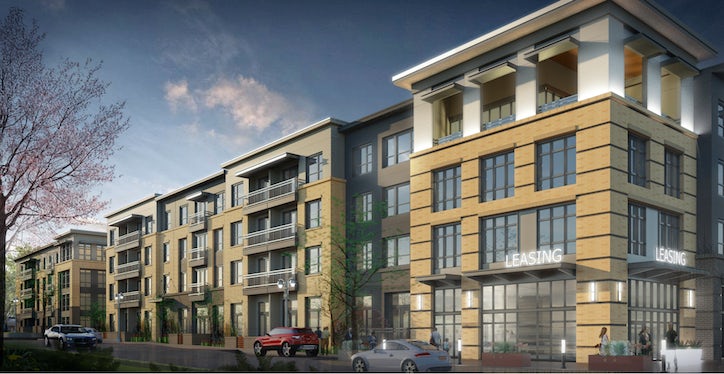