A huge residential development in the works just south of Dallas could bring thousands of new homes to the area.

The 5,200-acre Woodstone development is planned on Interstate 45 in the north Ellis County town of Ferris.

Located about 20 miles south of Dallas, Ferris has long been known as the “brick capital of the nation” because the area was once home to a large number of brick plants.

The town of about 3,000 is just south of booming industrial and distribution centers that employ thousands of workers in southern Dallas County.

“It’s the same distance to downtown Ferris from downtown Dallas as it is to downtown Plano,” said Corey Ford of Tommy Ford Construction, which is working, on the big housing development. “If everything goes smoothly, we hope to start construction before the end of the year.”

Ford said the first 71-acre portion of the Woodstone community will include buildings lots for homes and commercial sites on I-45. 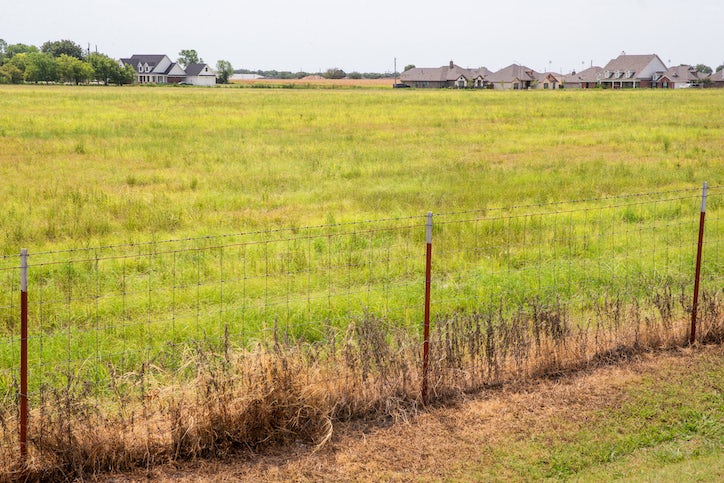 The 5,200-acre Woodstone residential development is planned to be built along Interstate 45 in the north Ellis County town of Ferris, and could bring thousands of new homes to the area. (Lynda M. Gonzalez/Staff Photographer)